Explore the Lower Wisconsin State Riverway where you can find much to do in beautiful settings close to major population centers. You can fish or hunt, canoe or boat, hike or ride horseback or just enjoy the river scenery on a drive down country roads. The Riverway abounds in birds and wildlife and the history of Wisconsin is written in the bluffs and marshes of the area. WDNR maintains a non-motorized boat launch and public parking area providing access to one of most picturesque and popular stretches of the riverway. The ramp is located 11 miles downriver of the Sauk city boat launch, six miles downriver of the Mazomanie launch.

Local Knowledge:
In June 1673, Marquette, a Jesuit missionary, with Joliet and several voyagers paddled down the Wisconsin in canoes. They were the first white men to see the site of what was to be "Old Arena." These and other French explorers gave France its claim to the Mississippi valley, which it held until the treaty of 1763. "Arena" is thought to have been named by someone who had a flare for Roman history, as it is a Latin word meaning "open sandy place." It is so named on an 1836 map found in the Wisconsin State Historical Society. "Old Arena" was on the banks of the Wisconsin River, one mile north of the present Arena. ( Village of Arena)
Photos: 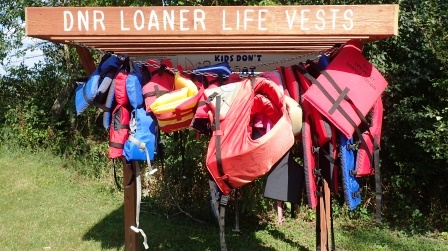 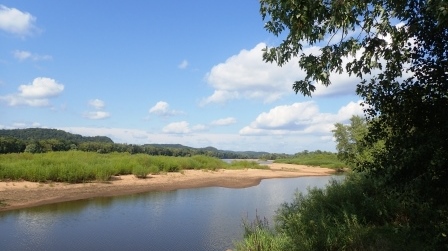